Keeping the faith in interfaith

Growing closer to the ones God made. 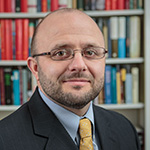 After the world crumbled to the ground in Nepal, the swami from our local Hindu temple sent the rest of the clergy in town an email — a very simple, yet profound email. He asked all of us to attend a prayer service at the temple for the victims of the earthquake because he wanted all of us to pray together for the thousands of people who lost their lives and livelihoods as well as those who survived and have been irreparably altered. I responded and told him I would participate and invite the congregation I served (Wilton Baptist Church). Other clergy did likewise.

After church services were finished on Sunday, I went to the temple to talk with the swami about what I needed to do at the service. He asked me if I could lead it! He showed me who would be in attendance, he showed me where we would be praying, and he asked if I could function as the host.

Swami BalGopal has only been in our town for several months, and he helped start the Hindu temple. Needless to say, in our sleepy little New England town, a Hindu temple is big news. We’ve had a healthy growth in our Indian population over the last decade, and the population in our town called for their own place of communal worship. When the Evangelical Covenant Church closed a couple years ago, there was a sacred place for a new home. There are shrines to various Gods throughout the temple, and to be honest, it’s a lot to take in for a Baptist — at least this Baptist. What is equally overwhelming is the swami’s genuine hospitality and the generosity of spirit from the Hindu community.

So, I led the prayer service at the Hindu temple. A representative from the Congregational Church was there, representatives from the Sikh community were there, we had a local representative, and our state senator, along with a couple of people from our church — plus, approximately 70 to 100 from the temple (that’s me doing my best to hedge off ministerial exaggeration).

A young man who had survived the earthquake spoke to all of us and thanked us for our prayers. A member of the temple told us that he has lost eight friends and has more who are missing. Many from the temple have lost family members and friends. It was devastating to hear their testimonies as they fought away tears. The president of the temple said how thankful he was for so many non-Hindus, who came to pray with them and share in their mourning. Then we all prayed — Christian prayers, Sikh prayers and Hindu prayers. We closed the service by walking around a large shrine where we had placed our candles to represent our prayers. After the service, the temple fed everyone with one of the most amazing potluck dinners I’ve ever experienced.

I was confronted the next day by a fellow Christian (thankfully not a member in my church). He was distraught to learn that I participated in the service (I did not share that I, in fact, led the service). He could not understand how I could or why I would participate in a prayer service with people who “lived in darkness.” This anxiety came from a deep place in his faith journey, and he is not alone in his anxiety about interfaith services and experiences. He quoted Scriptures that validated his points and asked me for a response. It did not feel like any response that I gave him would help him understand my participation in the event, but I don’t want to just throw him under the proverbial bus. I think he voiced questions that many Christians have about interfaith interaction. These Christians are not alone in their fear of the other. This sort of fear is pervasive in, I dare say, all religious traditions. So, how do we keep the faith in interfaith experiences?

Rather than go into a litany of biblical passages — you know, the obvious ones: “Love your neighbor as yourself” (Mark 12:31), “Do to others what you would have them do to you” (Matt. 7:12), “Be humble, thinking of others as better than yourself” (Phil. 2:3), etc. — I’d rather provide a very human response (and I hope Christian response). I echo what the great preacher/prophet Chuck Poole said at an interfaith service in Jackson, Miss., that was hosted by the large and growing Turkish population there. Paraphrasing the Prophet Poole, “The closer I get to God, the closer I get to all the people God made.”

I find this to be very true in my own faith journey, and for me, this puts the faith in interfaith. I have so much respect for what the swami is doing for the Hindu population in Wilton. If I was ever living in a country where Christianity was a super minority religion, I would only hope to find a Christian community with such dedication and faith. I would hope that the majority religion would respect me/us enough to pray with us and for us — especially if something tragic happened to our loved ones. I would hope that they wouldn’t think that we were living in utter darkness because we were Christians. This is how Jesus affects my thinking! It’s definitely Jesus’s fault that I have respect and compassion for people of other faiths and religions. I don’t know if I’d think this way without his guidance.

The real challenge to my faith, isn’t different religions — not even different denominations. The challenge to me is generously extending this same respect and compassion for those who claim a faith identity that is very close to my own, and yet judging me to hell for what they perceive as my personal heresy. Am I enough of a Christian to love those who refuse to pray with me? If I’m growing closer to God, then am I also growing closer to these people who God also created in God’s very own image? I hope so!

This entry was posted in Guest Bloggers. Bookmark: permalink.